With COVID-19 shifting the retail landscape, it’s not only important to adjust for the current market, but also prepare for the future. Convenience stores should lean into their business’ strengths, be transparent about store operations (i.e. sanitation and safety), and identify new growth opportunities in order to gain customer loyalty and grow revenue post-pandemic.

We will be wrapping up our weekly series this week with the hope that we’ve been able to provide the clarity and insight needed in these uncertain times.

Below we take a look at major trends over the past 6 weeks, and what we might be able to expect moving forward. 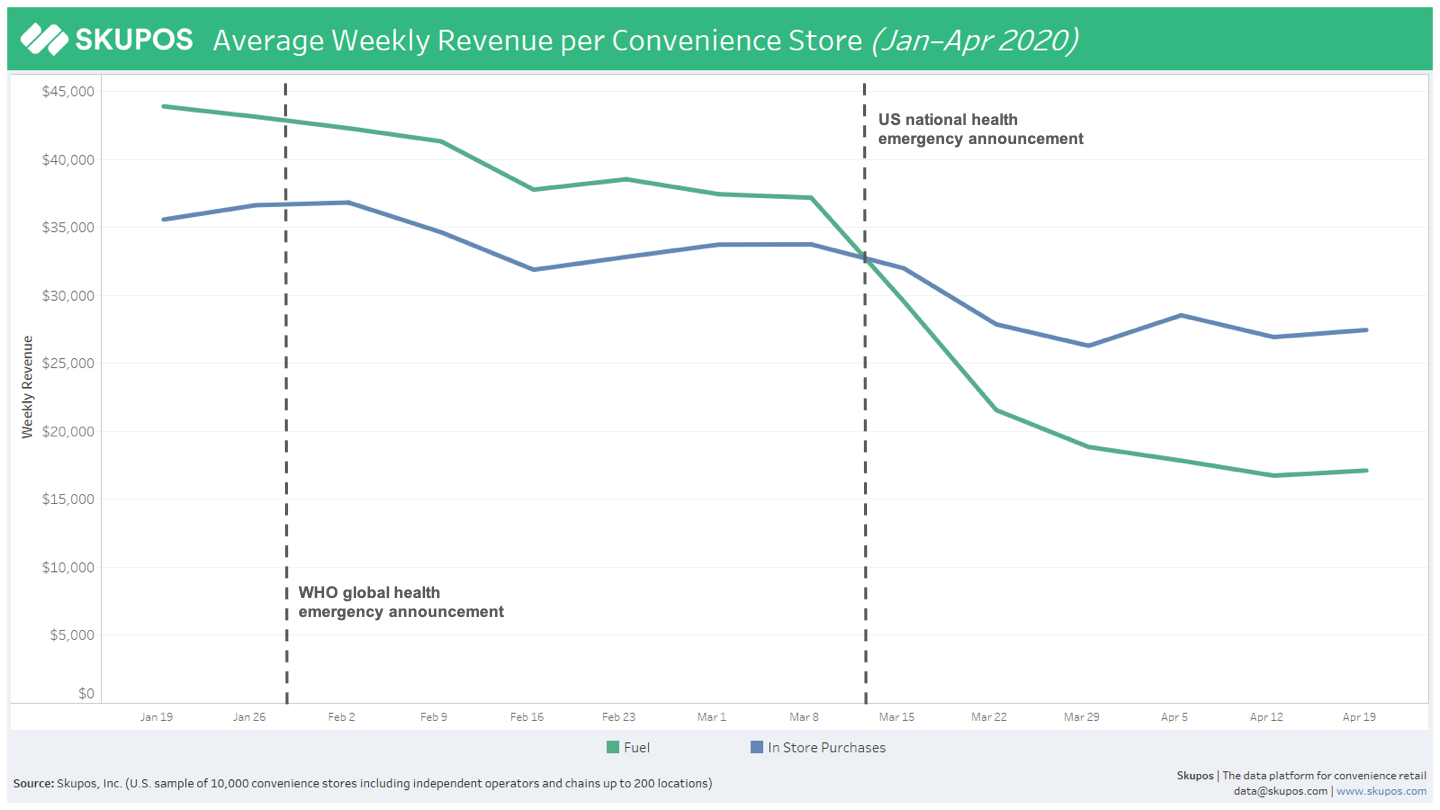 Average Weekly Revenue per Store
Starting with the US national health emergency declaration 6 weeks ago, overall revenue from fuel and in-store purchases has decreased. That being said, we have seen spending increase slightly over the past three weeks, perhaps with the arrival of stimulus checks or as consumers start to mobilize again. 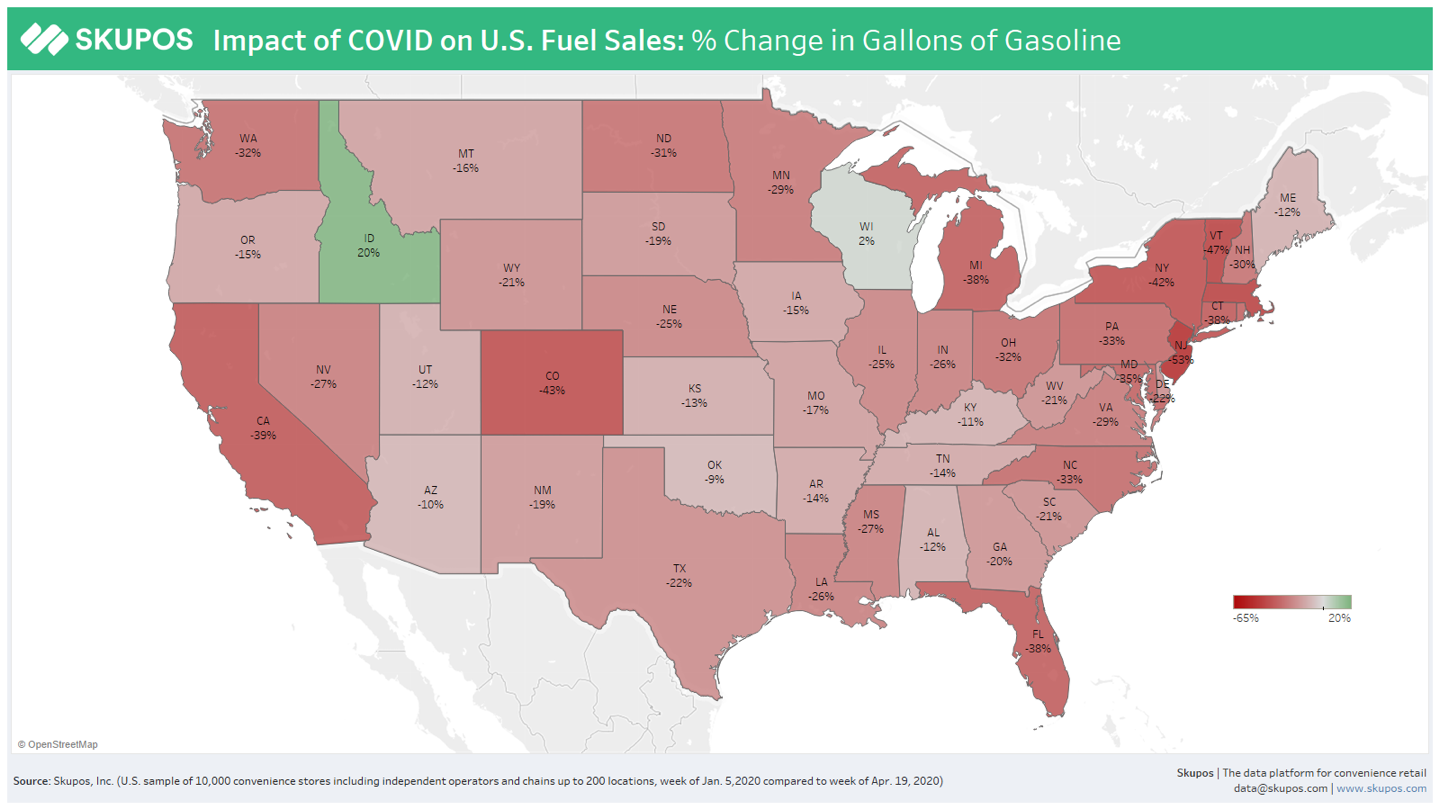 % Change in Gallons of Gasoline
Gasoline purchases per store have yet to rebound as national gas prices continue to fall.

Looking specifically at the critical weeks after the US national health emergency announcement on March 13th, the average number of gallons of gasoline purchased had dropped by 15% by the week ending April 26th, declining at a rate of 4.7% per week over the course of the 6 week period.

As it currently stands, only a dozen states have average gas prices of $2 or higher, signaling a pricing strategy based on demand. As stay-at-home restrictions begin to lift and demand for gasoline increases, we’ll most likely see prices (and revenue) begin to rebound as well. 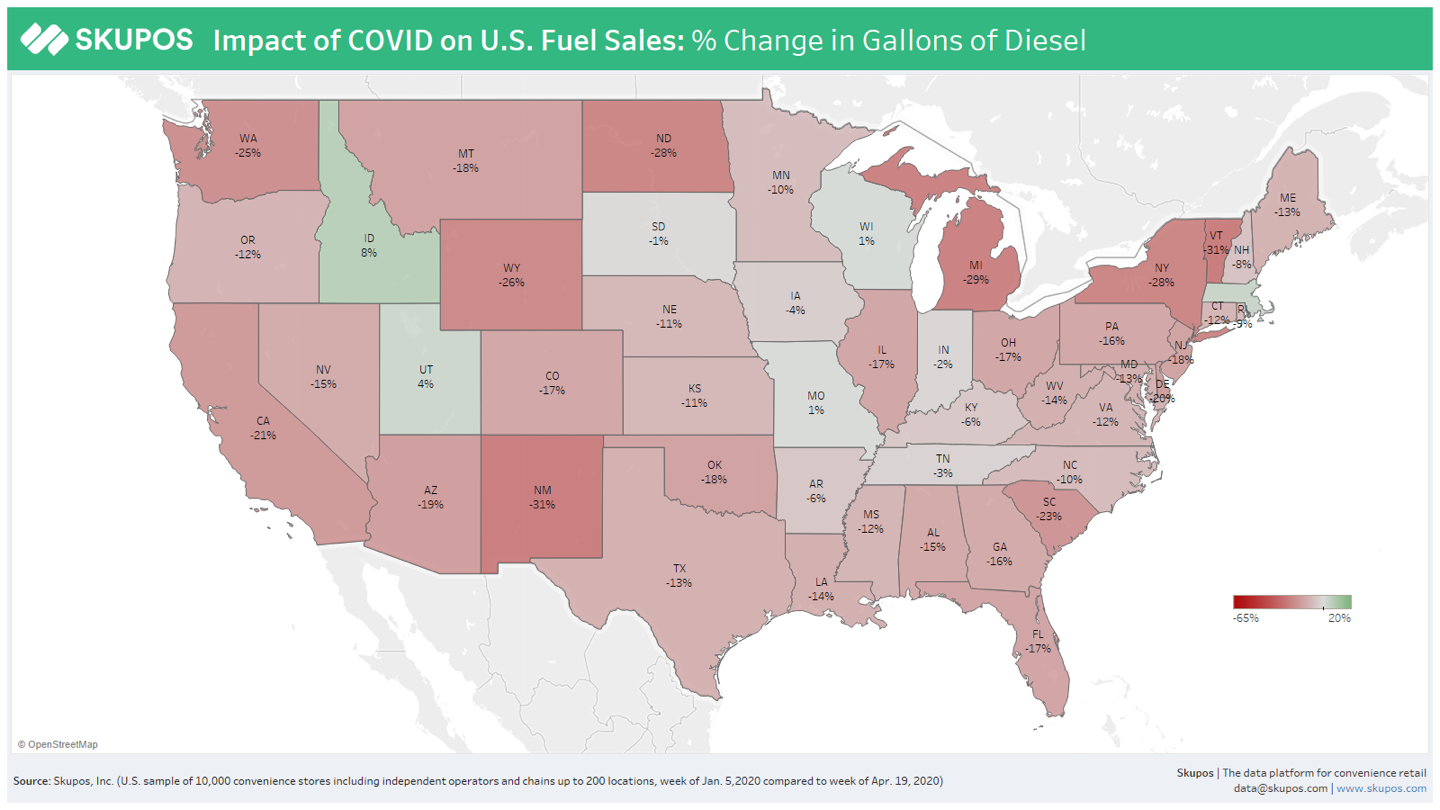 % Change in Gallons of Diesel
Throughout the past 6 weeks, diesel has followed a similar trend as gasoline.

Looking specifically at the weeks preceding the US national health emergency announcement on March 13th, the average number of gallons of diesel purchased had dropped by 10.8% by the week ending April 26th, declining at a rate of 2.1% per week over the course of the 6 week period.

And similar to above, although volume is down, data suggests that figures may be leveling off, with expected increases over the months of May, June, and July. 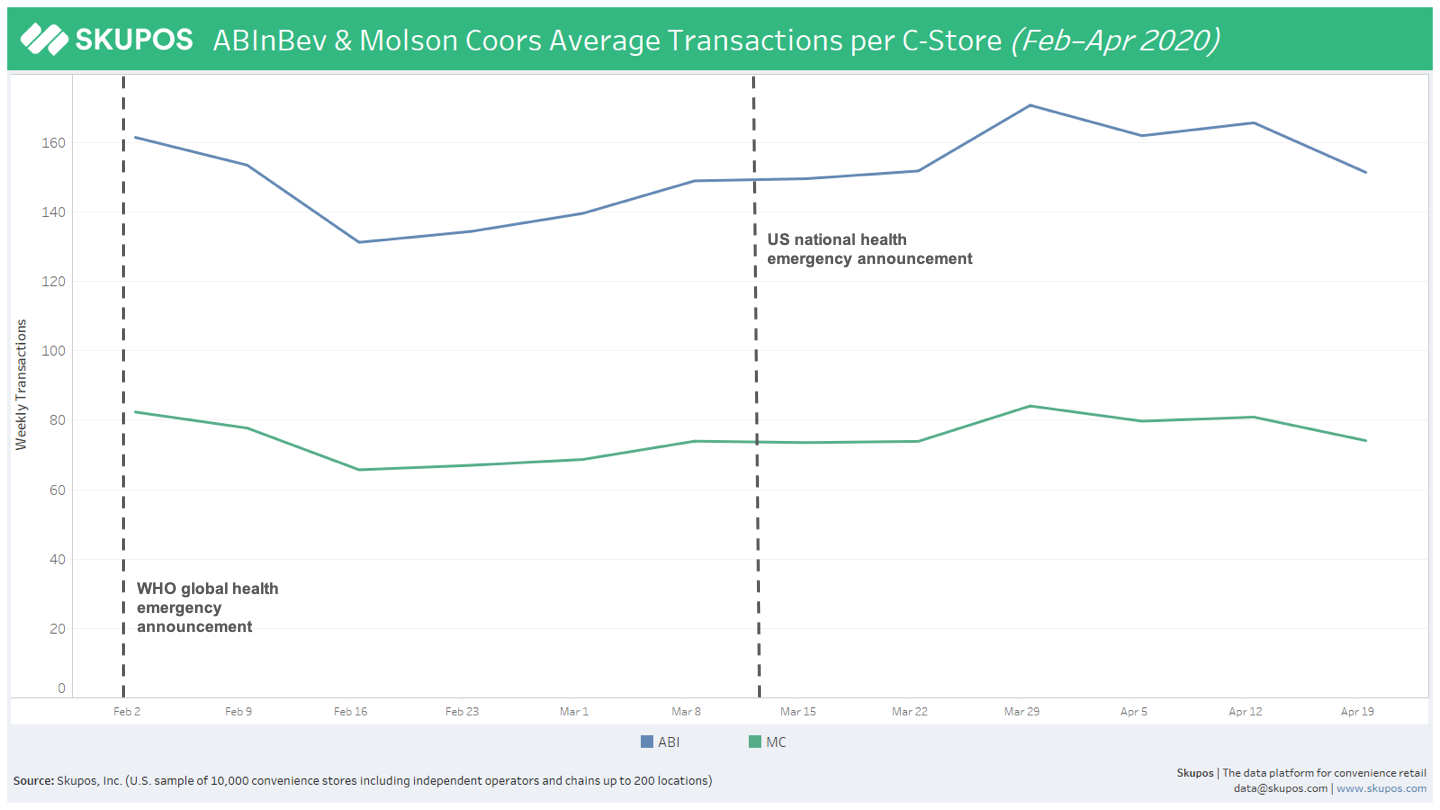 AB InBev & Molson Coors Average Transactions per Store
We saw ABInBev and Molson Coors transactions spike over the course of a 3 week period following the enactment of many state’s stay-at-home orders the week of March 22nd. As states begin to relax their policies, we’ve seen a slight dip, however overall average weekly transactions per store have remained fairly stable during the period between March 15th to April 26th.

While we’ve seen a variety of products spike and drop throughout this time frame, it’s safe to say that alcohol will continue to be a stable source of revenue for store owners.

Skupos drives revenue growth and operational efficiency across all segments of the convenience retail industry through the collection of billions of transactions every year. Over 14,000 customers across the United States rely on Skupos’ data platform to provide actionable insights that enable brands, distributors and retailers to increase sales volume and employee productivity.